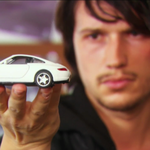 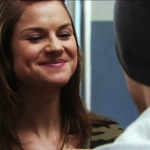 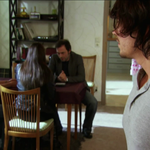 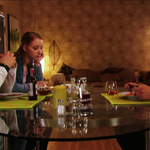 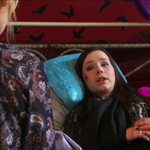 Helena keeps provoking Bea about her alleged feelings for Ben, but Bea tells her that there's no way Helena can come in between Michael and her, since they love each other. Bea visits Michael. He wonders if something is wrong between Bea and Helena,  but Bea waves it off, not wanting to worry him. After another awkward encounter between Bea and Helena, Michael asks Helena what is wrong. She assures him they are fine. Helena plays her cards well and spikes jealousy in Michael by talking about how Ben picked Bea up at the hospital etc. Meanwhile Bea talks to Miriam, who suspects that Bea still does feel something for Ben.

Jenny led the volleyball training wanting the team to go on and give them some normality with Ms. Lohmann dying. When she is walking through the school with Lara the latter inquires how Emma is. Jenny says she's better and can talk about the accident now. When Bodo shows up Lara rejects him and tells Jenny she doesn't know what he wants from her, he's totally strange, that's what all her friends say. Jenny asks her why she minds what they say and encourages her to just go to him and ask him what he wants. Lara leaves to go shopping with her friends and forgets her bag. Jenny picks it up and gives it to Bodo, telling him he should bring it to Lara and keep trying. Bodo follows her advice and brings the bag home to Lara where only her father is, who offers him to wait on her, since he is a hero for caring for Lara at the accident and bringin her home afterward. Piet(Lara's dad) comes to really like Bodo while putting a table together and bonding over soccer. Lara comes home and is surprised about Bodo being there. Through Piet Bodo gets to know that Lara's favorite band is 'The Black Pony' (remember the autograph he later gets for her?). Piet invites Bodo to dinner, already seeing Lara and Bodo as a couple. Lara isn't thrilled and when later Bodo asks her if she wants to join the STAG to go to Raumzeit Records she says she doesn't know. When Bodo is gone Piet tells Lara he likes Bodo and she can't believe he actually does and would be okay with them.

Luzi and Ben have a talk about their kiss with Luzi questioning if they are okay or if something changed between them. Ben says no and Luzi agrees after Ben inquires if for her something changed. (Her face says something else). At home a police man awaits them to question Luzi about the accident, feeling more than uncomfortable and bad Ben leaves the room. He starts to pack his things, needing to leave to not be confronted with Luzi and what he did to her and their friends the whole time. Luzi catches him and wonders why he is leaving, she thinks it's because of the kiss. Ben tells her it's not about that, he is the problem. Ben goes back home to his dad. When his dad comes home he wonders what Ben's doing there but acts totally indifferent. But then he tells him he was worried about Ben when he heard about the accident and that Ben isn't looking good. He offers him to talk. When Ben doesn't accept he says he's sorry for having slept with Caro and that they lied about the pregnancy - the baby being Ben's when really it was Stefan's. He says he knows there's nothing worse than what he did to him and Ben finally responses with 'I did. I killed two people. I'm a murderer.'

When Karin wonders where Ben's stuff is Luzi tells her he left. Karin is hopeful that he'll make up with his father, but Luzi tells her that he left because they kissed. Luzi tells her she is not in love with him and that it was only out of the situation, but her mother gets that it still did something to Luzi and she tries to assure her by saying that maybe it doesn't have anything to do with her at all.