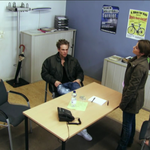 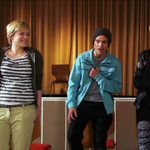 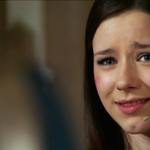 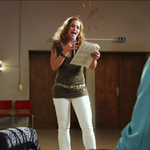 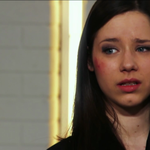 When questioned by Bea and Ms. Krawczyk about the fight between Ronnie and Ben, Ben chickens out once again to tell Bea the truth, fearing to lose her if he does. After the boys left Ms. Krawcyz suggests counseling for Ronnie and Ben and Bea insists to be the teacher to do them. Meanwhile Ronnie apologizes to Ben and asks him again to keep quiet, but Ben warns him to leave him and everyone else alone. Luzi worries about Ben and asks him if she did something for him to be angry at her and wonders why Ben has his car back and what led to the fight with Ronni before. Ben tells her that everything is fine and he just wants to go home.

Michael is confused by Helena's friendliness when she takes care of him, brings him flowers and gives him a peck. He confronts her about Bea having been banned from his room, but she writes it off as a misunderstanding and assures him she is fine with him being together with Bea. She doesn't mean to come in between them. In the following scenes she shows the exact opposite by telling Bea she doubts her to be able to be the guardian teacher anymore since she doesn't believe Bea can see the fight that took place objective with the history she has with Ben.

The school gets a call from Frank Peters, who took notice of the STAG in Hamburg and now wants to get to know them personally. But Bea is skeptical to accept the offer, thinking that after the accident the students aren't ready for that.

At the Stag meeting Luzi apologizes to Emma who smiles happy like the sun.

Behind Bea's back Helena asks Ms. Jäger to arrange a meeting with Frank Peters. Caro overhears their conversation and decides to join STAG in order to be able to join that meeting with the famous music producer. She immediately goes to the auditorium where Luzi, Bodo and a glowing Emma are singing 'Bruno Mars - Just The Way You Are'. Caro says she meant to see how they are after the accident and that she wondered if she may join, since she doesn't know what will happen to the volleyball team since Ms. Lohmann is dead.

Caro is awesomely hypocritical while Luzi and Emma are more than sceptical about her intentions. Caro insists to join Stag and Luzi tells her she can't even sing, causing Caro to say 'Of course I can.' Luzi challenges her to sing and if she's any good she may join. Caro sings 'I will survive' and proofs that she actually can sing. Luzi and Emma are more than surprised, they are shocked and exchange hilarious glances. When Luzi and Emma struggle to let Caro into STAG Helena comes in and says that there's no question, Caro can join the STAG also she has good news for them. She tells them about the meeting with Frank Peters and Luzi comes to understands the motivation for Caro's sudden interest in their group.

Bea is angry when she gets to know about the meeting and storms into Helena's office, trying to reason with her that the students are still traumatized. Helena points out that she's the headmaster and she's doing the decisions. So Caro will join the group and also she decided that it is necessary to expel Ben because of the fight. Bea rises up and holds a passionate speech of a hundred and one reasons why that would be wrong while Helena smiles content. She reveals she never meant to expel Ben, alone because of the financing of Mr. Bergmann, she only wanted to get a rise out Bea and see how her feelings were. Bea asks her what she wants and Helena counters that the question is what, or better who Bea wants.

(I think I got a hundred of screenshots of Luzi, Emma and Caro in this episode. It was hard choosing only 6. ;) )