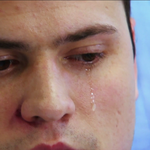 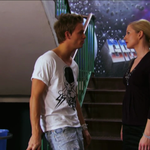 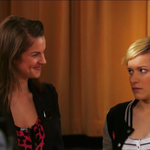 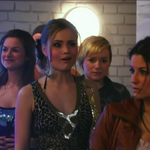 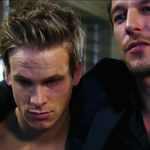 On Timo's question if there's somebody else in Luzi's life, she answers she doesn't know how it happened. Timo assumes it's Ben, because they are always together since they are living together. Luzi lies and says it's someone he doesn't know. Timo is heart broken. When Michael visits him later Timo tells him that he thought Luzi and him were something special. He says he won't give up fighting and concludes that he can only do that by getting out of the hospital.

Bea once again tries to find out why Ben attacked Ronnie (because of the accident, and because he provoked him with his relationship to Bea). Ben tells her that sooner or later she will notice that something is wrong about Ronnie. So Bea takes a look in Ronnie's record and stumbles across a drug history, damage that he put to his ex-school and endangerment of his schoolmates. With that information she goes to Helena and tells her she has to do something about him, since obviously the fight he was in was an indicator to him being trouble. Helena says that it's not right to expel someone just because of their history (hinting that it's the same with Ben), but she promises to have an eye on him. In the next scene Ronnie deals drugs, Helena spotting someone paying him. Ronnie says she can go ahead and frisk him (he let the drugs fall down the stairs). Helena warns him and leaves while Ben picks up the drugs and in front of Ronnie's eyes lets the pills drop in a bucket of water, telling him again that he's watching him.

Luzi gets a call from Frank who asks her if she wants to come to the launch party of the Cologne label of Raumzeit Records. She's excited until she gets to know that the other STAG members haven't been invited. Jenny proposes they all go and they do. Luzi is nervous and afraid she'll do something wrong, Ben encourages her and Luzi asks him if he would go with her to the party. He agrees.

At Raumzeit Records Bea tries to make Frank clear that they're only to have in a group, but he tells her that he's searching for a solo artist and that Luzi has the talent to become one, so that he will offer her (and only her) a contract. Meanwhile Caro tries to form connections into the music business. When Frank spots Ben who arrived with Luzi he recognizes as his sisters son. He tells him he's his uncle. When Ben asks why they didn't meet before Frank says he always had troubles with Ben's father and he lived in Berlin the last few years, but now is back in cologne. Later Ronnie and Sophie show up and Frank introduces Ronnie as his brother/Ben's other uncle.

Caro quote of the ep [yes, didn't I say yet that I'm in love with her?

Luzi: Man, it's just wrong that he only invited me.

Caro: Absolutely!! I mean,...what the STAG stands for is so much more. I mean, we're a group. So,...Team spirit! Solidarity! and so on...or do you think differently?

Emma: We can't let her go there alone.

Caro: Exactly! (lays her arm around Emma) All for one and one for all!

Caro you hypocrite, you.