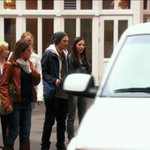 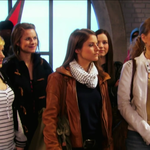 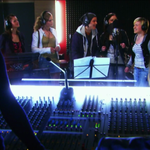 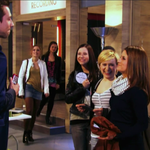 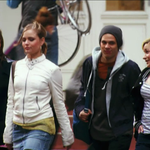 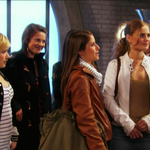 In tears Ben confesses to his father to having caused the accident. Stefan tells Ben that it wasn't his fault but a chain-reaction of unfortunate circumstances. He isn't the only one to blame, but also Ronnie. Stefan says he'll make sure to get an overview of things, promises that they'll manage this situation and takes care that Ben finally gets a full night of sleep. The next day Ben avoids Luzi while Stefan finds out through Karin that no one has any specific details about the drivers or the sports cars. Ben gets home from school early and tells his father that he can't keep silent. Stefan says that there is no evidence that Ben had anything to do with it, but still it's his decision what he'll do. He'll support him no matter what he decides.

Luzi visits Timo, they don't know when the doctors mean to do the MRT to check if everything is okay with his spinal column. Luzi tells him about the meeting the STAG has been invited to at Raumzeit Records. Timo asks what Ben is doing, since he didn't visit him yet and Luzi tells him he moved back in with his father. At home Luzi misses Ben and goes to sleep with a jacket of him. Michael visits Timo, telling him he'll be released from the hospital tomorrow. They talk and Timo says that Luzi and him are getting along again, the accident showed him what's really important (her). Michael suggests that the only thing he has to do is ask Luzi if she sees it like that, too.

Bea has reservations regarding the intention of Raumzeit Records. She wants her students to be nurtured and not to be run into the ground. But still they go to visit RaumzeitRecords, since Helena ordered it. When being there the whole group is excited and blown away by the glamour of it all. By the way Emma saves Jenny's life by pulling her away from an oncoming car which drives like 3mph and Caro is the most hilarious thing on this planet when swooning. Caro: "Hey wasn't that 50Cent?"  Luzi: "Sure, and I'm Amy Winehouse" Caro: "If I had known how cool this is, I would have joined STAG from the start." (I might be a little bit in love with Caro ;) )

Frank Peters lets them sing in the studio and makes a record of them. They sing 'Sweet Dreams' and everyone looks fabulous, except Lucy's make up/wound which vanishes and reappears again. There's some nice PassionVision going on. Frank is impressed, not by the Passion Vision,  but by their voices (Luzi's!). Bea is still skeptical about the intentions Frank has and feels the need to protect her students(Luzi), but Frank says 'He's not the devil.' Later Bea warns Luzi of Frank and the music business.

Meanwhile Caro spots the pregnant assistant of Frank concluding the only logical thing - there will be a job opening for her if that baby will be born. She tries to lay the groundwork for her future career by suggesting herself for that job. She's being pulled away by Emma and Bea before she can embarrass everyone even more.

Helena and Bea run into each other later and Bea makes sure to tell Helena how great going to Raumzeit Records was and what a wonderful idea it was of Helena to make them go, because it really paid out, since the STAG members loved it.

Luzi visits Timo again and gushes about how cool the visit at Raumzeitrecords was while Timo tells her he's glad they get along again. He tells her he regrets to have missed so many chances, he loves her still and he wants to make it right. Luzi says he means so much to her, too, but there's so much that happened. She doesn't believe that they belong together as couple anymore, but as best friends. They don't work as a couple. At the end Timo asks if there's somebody else.